The 4 Realities of Cohabitation 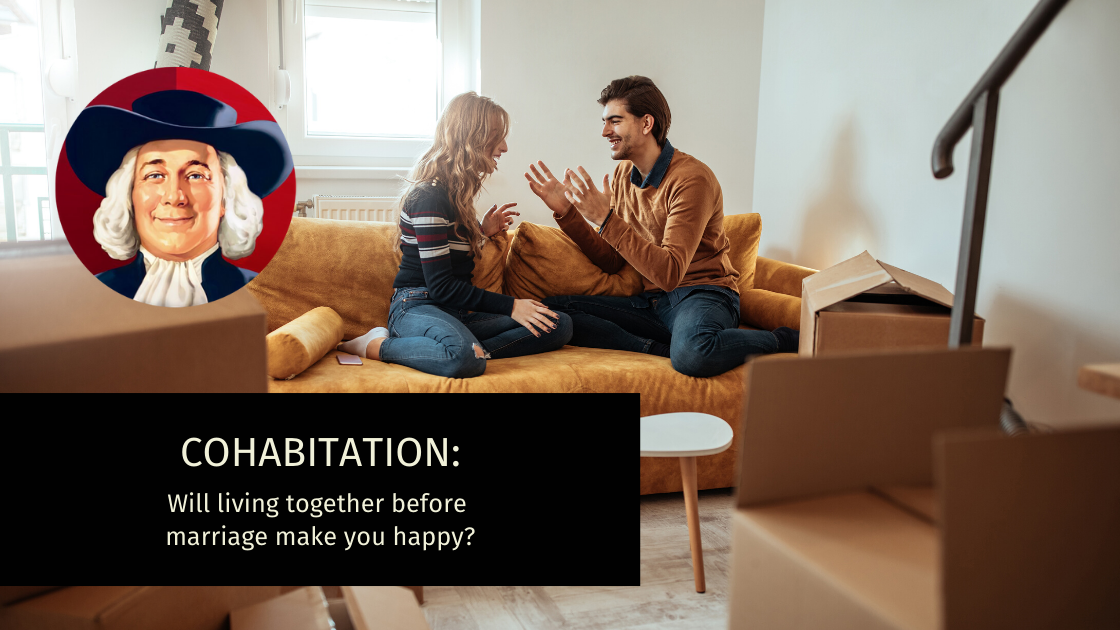 “. . . is marriage old-fashioned, and like oatmeal, the 1-minute quick oats are just as good?”

Did you know that living together as unmarried romantic partners was a custom in the ancient Western world? And did you also know that cohabitation in lieu of marriage has been much more common for a while in countries across the Atlantic than here in the United States? Enough with history and geography. You’ve likely noticed around you that cohabitation has been on the rise over the past several decades. It is even sometimes referred to as “the new marriage”.

How common is cohabitation?

According to a 2018 U.S Census Bureau report, the number of young people ages 18-24 living together without being married is now higher (9%) than those who decide to tie the knot (7%). And this trend keeps increasing. In the past 10 years, the number of unmarried couples aged from 25 to 34 went up from 12% to 15%. It might not seem that excessive, but it is when we compare this percentage to the official statistics from 1968. At that time, only 0.1% of couples were living together without first having a formal ceremony. However, today more and more people postpone marriage or refuse it entirely for different reasons. One reason could be finances. Perhaps they think that splitting the bills is convenient, or they want to take the time to save for a proper wedding, which can be insanely expensive. Others may have lost faith in marriage altogether due to the high divorce rate rumors, or they consider cohabitation to be just as an acceptable arrangement as marriage, if not even better. Most of the time, though, living together appears to be the perfect way to “test run” the relationship before making a more serious commitment.

You too might say “I’d find it impossible to commit to a marriage without living with someone first. You might think that marriage is old-fashioned, and like oatmeal, the 1-minute quick oats are just as good. But will cohabitation really be helpful in determining whether you fit well with your significant other? Will cohabitation strengthen your relationship and make your potential future marriage happier? At Pure Freedom, we take your physical and emotional well-being to heart, so we decided to investigate.

The 4 realities of cohabitation you need to know :

It is easy to understand why cohabitation may be perceived as a good idea before or even as a replacement to marriage. But the reality might not be so bright in the long-term. However, that doesn’t mean you should choose a marriage partner lightly. Knowing each other’s traits and personalities is essential when it comes to such a commitment. The good news is that marriage is still thriving in today’s culture, with the divorce rate being much lower than we think. You can learn more about it right here, so that you can share with your friends!