What you should know about chlamydia and gonorrhea 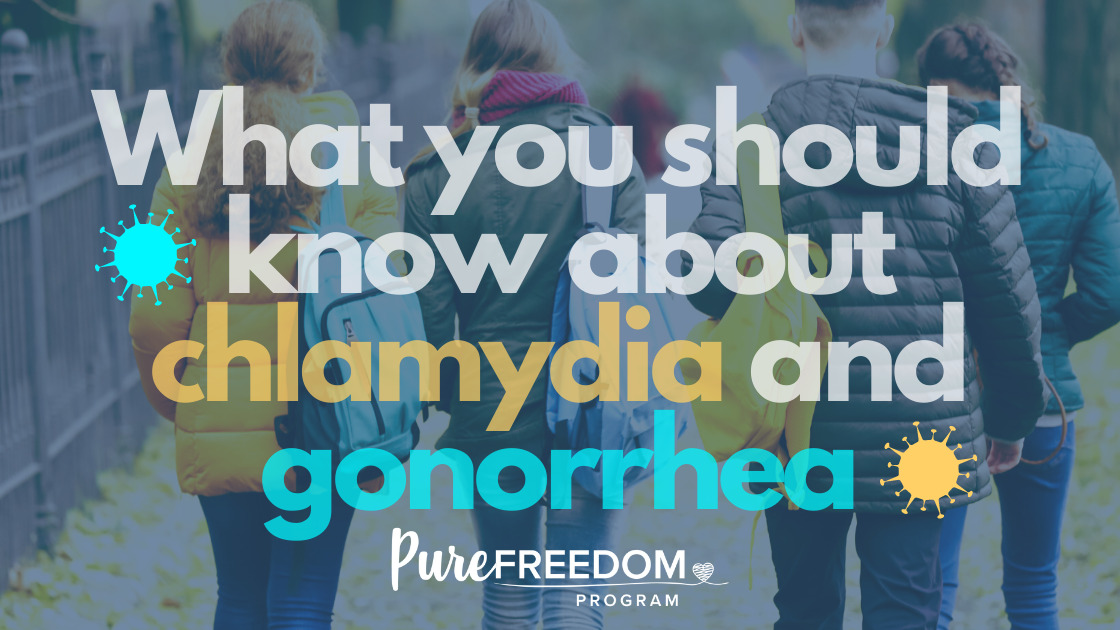 In the STD family, chlamydia and gonorrhea are the two most reported ones in the United States. For context, STD stands for “Sexually Transmitted Diseases”. You will most likely also come across its synonymous term “STI”, for “Sexually Transmitted Infections”. These infections or diseases are caused by bacteria, and they can have long-term negative health consequences on a teenager. This is especially true if the teenager doesn’t receive timely treatment. This article will go through important information about chlamydia and gonorrhea. We hope this will give you the tools to be proactive when it comes to the health of your students.

How common are chlamydia and gonorrhea infections in the US?

So how does a teenager get chlamydia or gonorrhea?

Chlamydia and gonorrhea spread through sexual contact. This includes any type of sex, not just intercourse. On the other hand, it’s not possible to get these STIs through casual contact such as hugging, holding hands, sneezing, sitting on a toilet seat, and so on.

The crucial fact to be aware of is that most people with active chlamydia or gonorrhea infections don’t have symptoms. That’s why some scientists call these STIs (among others) a “hidden epidemic”. But if a teenager is sick, they can still unintentionally and unknowingly pass the infection to someone else through sexual contact. Furthermore, just because they don’t have symptoms doesn’t mean the bacteria are not causing damage to their bodies.

Condoms can help reduce the risk of getting and passing chlamydia or gonorrhea, but they are not 100% effective. The only sure way for a teenager to avoid STIs completely is to not engage in sex and wait until they are in a lifelong monogamous relationship such as marriage.

How can a teenager know they have chlamydia or gonorrhea?

Many teenagers won’t know they have chlamydia or gonorrhea unless they get a test. The CDC estimates that only 10% of men and 5 to 30% of women have symptoms from chlamydia, while “most women” and “many men” are asymptomatic with gonorrhea.

The telltale signs when someone does experience symptoms include:

Know that symptoms are not limited to the genital area. A teenager might also get a sore throat, a cough, or even an eye infection if these areas were in contact with contaminated fluids.

Pure Freedom’s mission is to promote optional health for youth. This is why we encourage sexually active teenagers to get tested. Our medical team at Lifeline provides no-cost testing, for which you can find more information here.

Can chlamydia and gonorrhea affect a teenager long-term?

Yes, chlamydia and gonorrhea can impact a teenager’s future in different ways.

In girls, these infections can cause:

A study has shown that chlamydia increases the risk of developing PID, TFI, or an ectopic pregnancy by 30% and that this risk remains throughout 17 years of follow-up. Although less widespread in the US, gonorrhea is also a major factor in developing these complications.

In addition, teenage girls can also:

In boys, chlamydia and gonorrhea can cause:

Last but not least, both of these infections make anyone more likely to get other STIs. This includes HPV (human papillomavirus), which can cause cervical cancer and genital warts, as well as HIV, the virus that leads to AIDS.

What should a teenager do if they suspect they may have chlamydia or gonorrhea?

Getting tested is highly recommended. In addition to the STI service provided by Lifeline, our Pure Freedom team always distributes a list of testing sites available. If the test comes back positive, the teenager should get immediate treatment and avoid any sexual activity in the meantime. They should also let any sexual partner know about their positive test.

When it comes to helping teenagers avoid STIs, primary prevention education is proven to be the best approach. It teaches students the skills to avoid the risks related to sex all together, as compared to simply reducing them through the use of contraception. You can read more about primary prevention education and how it is used in our Sexual Risk Avoidance curriculum here.

If you have questions regarding this subject and how we approach it in the classroom, you can contact our team at purefreedom@lifelinepregnancyhelp.org or call us at (660) 665-5688.

They did a great job being honest & open with the students. This created a safe learning environment.
-Health Teacher

Thank you so much for arranging this! The information in each session was so valuable and I'm so glad my students got to hear it. The educator did a fantastic job connecting with students and presenting information in a way they'd find interesting an
-High School Teacher