Unveiling the Secrets of the Teenage Brain 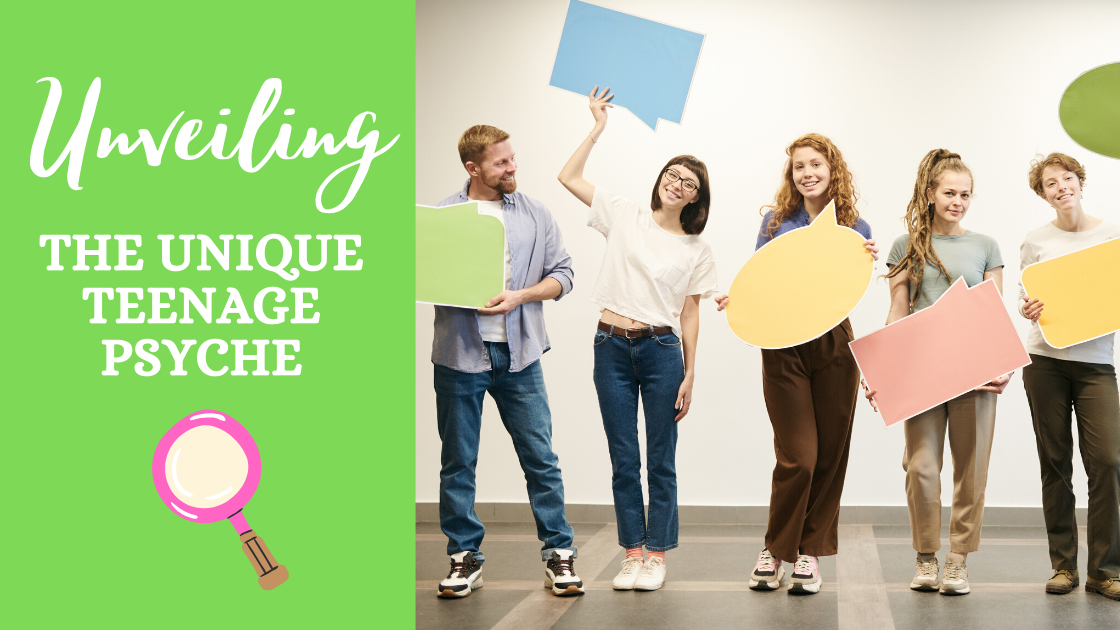 Teenagers are both full of potential and vulnerable… and this is absolutely not their fault. Instead, it all has to do with their brains. Did you know that at birth, the size of a newborn’s brain is only about 40% the size it will be in adulthood? And that in addition to the size, our brains don’t fully mature until our mid-twenties? This very intricate organ, composed of billions of neurons that we call the “brain” is a remarkable piece of art. Because the teenage brain is unique, understanding its development helps us realize how different teenagers are from adults, and gives us the tools to best guide them during this phase of big changes.

Teenagers are well known for being a bit impulsive and unpredictable, as well as for having some kind of fascination when it comes to risky stuff. Although not all teenagers are risk-takers, this is not a legend. The way their brains develop is directly responsible for what adults would consider funky (or annoying) mechanisms.

The brain reaches its definite size in early adolescence (11 for girls and 14 for boys on average), but growth doesn’t stop there. The brain also has to “wire itself”. The neuroscientist Frances E. Jensen writes in her book “The Teenage Brain” that “the brain wires itself starting in the back with the structures that mediate our interaction with the environment and regulate sensory processes – vision, hearing, balance, touch, and sense of space”. The last part of the brain to mature is the prefrontal cortex, or frontal lobe, which controls impulses, decision-making, and reasoning. While many areas of the brain process positive information, the prefrontal cortex is in charge of processing negative information, such as anticipating potential negative outcomes of a behavior. Since the later isn’t fully developed in teens, they are more inclined to take risks.

Feelings of rewards are controlled by the mesolimbic pathway, also named “reward pathway”, that matures before the prefrontal cortex. When exposed to a satisfying, rewarding stimulus, the brain releases dopamine, the “feel good” neurotransmitter. The thing is that the teenage brain is highly sensitive to this phenomenon. As a consequence, it gets a more increased sense of reward than adults. So what rewards the teenage brain, you may ask? Two things appear to be on top of the list: peer approval and the feeling of being in the norm. One study found that when on the road, teenagers tend to want to speed up and beat red lights more often when they know that they are being watched by their friends. They are more willing to take risks if it means they can impress friends. Another study showed that perceived norms sometimes influence the teen brain even more than direct peer approval.

Indeed, regarding sexual activity for example, direct peer pressure is not the main influence anymore. Instead, a teen’s decision to have sex or not depends a lot on whether they think others of their age are sexually active themselves. Being in the norm and therefore, feeling normal is in itself rewarding… even when said behavior is risky. It is not that they don’t understand the potential negative outcomes of certain behaviors, but that their brains are not yet able to prevent them from engaging in these behaviors. This is why reminding them that most teenagers do not have sex can help them change their attitude towards sex. They are also more likely to repeat the risky behavior if they don’t experience negative outcomes. The other important factor is that while the prefrontal cortex is still developing, the system that controls the sex drive (the limbic system) is fully active during the teenage years. The amygdala for example, is part of this system and is highly sensitive to sex hormones and adrenaline.

Unfortunately, all this can have a detrimental impact on teenagers’ health. Frances E. Jensen reminds us that without a fully functional prefrontal cortex to say “stop”, “adolescents disregard the risks associated with sex.” As a result, “Although teens and young adults represent just a quarter of the sexually active populace, they account for nearly half of all new STD cases”.

For all their weaknesses, it is important to remember that the teenage brain has incredible strengths. “Each region of the brain is more active in childhood and adolescence than it will be later in life.” Their cognitive abilities are “on fleek” because their brains have more neural plasticity than adults. This makes teenagers great learners, who can adapt more easily than adults. In fact, we usually tend to remember things we learn in adolescence better than in later stages of life. Experiences from our teen years are also more deeply engraved in our minds. The downside to this considerable ability to learn is that teenagers can both learn good and bad things. Because their brains crave rewards, teens may overindulge in certain behaviors that produce soothing or satisfying feelings, which may in turn result in addictions. Addictive substances or behaviors (such as watching pornography) are more addictive for teenagers not only because their brains crave rewards more but because they have longer lasting effects. A single dose of cannabis for instance can stay up to four days in a teenager’s brain. So how can you help teenagers learn behaviors that will be beneficial instead of harmful?

How We Can Support Teenagers

The world of a teenager is full of colors. They learn new things daily, experience emotions to a more heightened degree than adults and seek adventures in all shapes and forms. Because they are more vulnerable to stress and to the development of mental illness, it is the adults’ responsibility to guide them until their brains are able to take over. Some things such as drugs, alcohol, cigarettes or teen sex are all risky behaviors that should be carefully talked about. If you are a parent or an adult responsible for a teenager, here is some advice you can use to support them:

With all the body changes and deep emotions they experience, teenagers can oftentimes feel overwhelmed. Pure Freedom intervenes at their level in answering all their questions and helping them navigate these challenging times. The approach of the Pure Freedom program, Sexual Risk Avoidance education, is an approach that has specifically been designed for the unique teenage psyche. It strives to keep teenagers safe and to teach them to avoid taking risks. It also encourages communication between teenagers and their parents through dedicated workshops. You can learn more about it here.