Be prepared to talk about PrEP 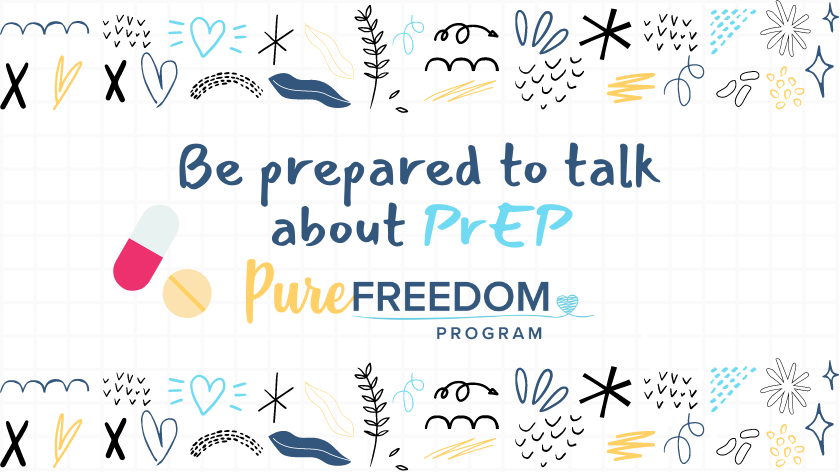 If you are involved in the classroom, you may have received questions about it. And as a parent, you might have heard this 4-letter acronym pronounced out loud by your teenager(s). Do you feel like your students know more about PrEP than you do? We want to equip you with the necessary information to discuss this important topic with them. Consider this article your launchpad to having thoughtful conversations about PrEP and sexual health. Are you ready to be prepared to talk about PrEP?

PrEP stands for Pre-Exposure Prophylaxis. As its name suggests, it’s a “prophylactic” drug, which means that it’s used to prevent diseases from occurring.

In the case of PrEP, it can reduce someone’s risk of getting infected with HIV through sex or through the injection of drugs.

The FDA approved the first PrEP medicine (Truvada) in 2012. Later on, two other drugs were developed: Descovy, which, like Truvada, comes in pill form, and Apretude, which is a shot.

How does it work?

HIV is a virus that targets cells from the immune system called “T cells” (or “white cells”, or “CD4 cells”). These cells are crucial in fighting against infections and diseases. But when HIV enters the body, it starts killing them. As a result, the infected person’s defenses decrease, and as their number of T cells becomes low, they are given a diagnosis of AIDS.

The way PrEP works is by setting up “fortified walls” around T cells to prevent the HIV virus from getting into them and replicating. However, for this to be true, PrEP needs to be taken daily. Missing a dose means that the probability of infection can rise significantly.

But how effective is it?

So how effective is it really? The CDC website states that PrEP is “99% effective when taken as prescribed”, but only “74% among people who inject drugs”. On the other hand, there are still a lot of unknowns, which is why experts recommend exercising caution.

Moreover, many clinical trials don’t include women to test for the effectiveness of PrEP. Descovy, for example, wasn’t tested on women at all.

Who can use PrEP?

So is PrEP the solution?

Now that you know more about PrEP, what should you answer to a student who is inquiring about PrEP? Is PrEP the solution to prevent HIV infections?

At Pure Freedom, we know that a holistic approach to health, including sexual health, is best. Throughout our research, we have found that students have the highest chance of being healthy and successful when they delay all sexual activity until they are in a stable, committed relationship such as marriage.

While PrEP might be useful in reducing someone’s risk of getting infected with HIV:

It’s our mission to help you keep your student(s) safe and healthy. To learn more about our primary prevention approach and its effectiveness, click here. And if you have any additional questions about PrEP, HIV, or about our program, feel free to contact us at purefreedom@lifelinemo.org or at (660) 665-3059. Our educators discuss STI prevention as well as many other topics such as healthy relationships and goal setting in the classroom. We would be happy to come teach your students about how they can build a healthy future for themselves.